The history of the department 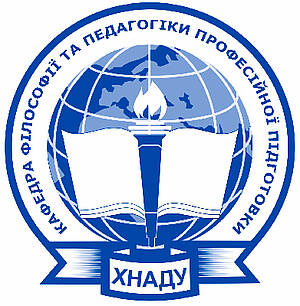 The Department of Philosophy and Political Science dates back to the Department of Marxism-Leninism, which was established in 1930s. when Kharkiv Automobile and Road Institute (KHARI) was established. In different years it was headed by L.V. Shemes (1930-193), Yu.F. Savchenko (1933-1941), A.A. Yevdokymov (1945-1955), Ye.I. Moshniahy (1956-1959), S.A. Kanavenko (1959-1971). As an independent division the department has existed since 1971, since 1989 it is called the department "Philosophy and Political Science." A participant of the Great Patriotic War, a knight of the Order of the Red Star, a candidate of philosophical sciences, associate professor Vladimir Sherstniuk was invited from Kharkiv State University to be the head of the department. He headed the department until 1983. Since 1986 Doctor of Philosophical Sciences, Professor Chaplyhin Oleksandr Kostiantynovych has been the head of the department. 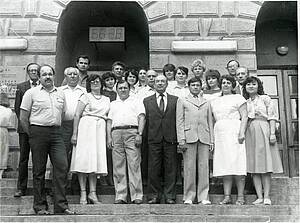