History of the Department

The history of the department of traffic organization and safety originates from the former chair of the organization of traffic and traffic, which was created in 1979 by the order of the Ministry of Education of Ukraine. Its teaching staff includes prominent scientists and educators, such as veterans of World War II, Associate Professors A. Ageenko, M. Voloshenko, G. Kudievsky, S. Savenko, Senior Lecturer I. Rubinskaya and other. The first head of the department until 1993 was Candidate of Technical Sciences, Associate Professor E. Reshetnikov.

From 1993 to 2011 the department underwent significant changes: the extension of the department to the size of the faculty, the separation of individual departments by specialties, the rejuvenation of the team. For the period from 1979 to 1995 the department trained more than 700 specialists in the specialty "Organization of transportations" and 500 - in the specialty "Traffic safety". The material and technical base of the department was created and developed, which included three classrooms for the teaching staff, three specialized educational classrooms and a computer laboratory for performing scientific research, including postgraduate students and students as the members of the student scientific society. At the same time, the staff of the department performed research work on the orders of Ukrainian enterprises and from abroad.

Due to the urgent needs of the national economy in the specialists of the newest specialties, in 1995 by the order of the university № 103 of November  23, 1995, the department of transport systems with the same personnel was created. At that time the department trained specialists in three specialties - "Transport systems", "Organization and regulation of traffic" and "Organization of transportations and management on transport".

Since 1995 up to the present day the department has trained more than 3500 specialists working at enterprises of all forms of ownership both in Ukraine and abroad - motor transport, freight forwarding, logistic enterprises, industrial and trade enterprises, in State Automobile Inspection (now in the patrol police), regional state administrations, state bodies, etc.

The department takes an active part in the research work, in particular - at the task of state authorities. The department has developed proposals for traffic optimization in Kharkiv city in preparation for Euro-2012, improvement of the organization of traffic on certain sections of the street-road network, in particular on Shevchenko Street and Moskovsky Ave. for the local authorities and commercial organizations.

Scientific cooperation of the department with other educational establishments of Ukraine and abroad is constantly expanding. Cooperation with the Department of Traffic Safety of Belgorod State Technical University (Belgorod, Russia) is terminated.

Currently, the department is also cooperating with the international TRACECA project on the study of the use of seat belts by drivers. 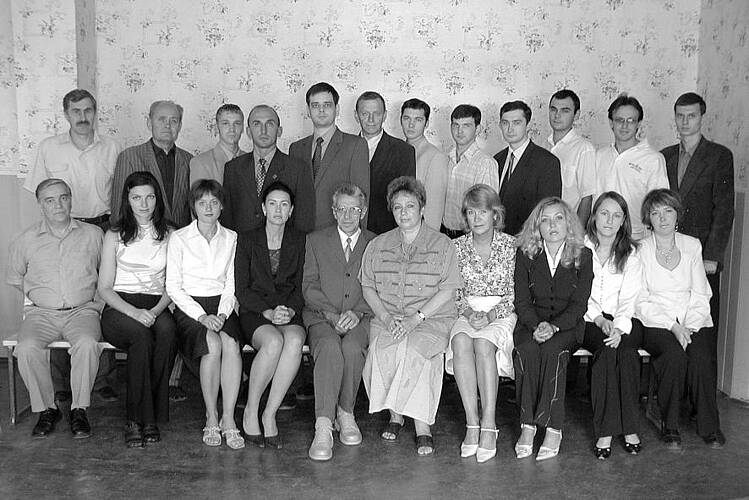 Outstanding figures of the department 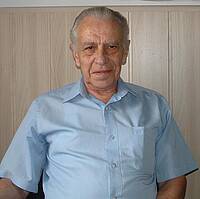 Reshetnikov Eugenio Borisovich was born in 1942 in the family of a serviceman who defended the Fatherland from the german Nazi. After the victory, the family returned to Kharkov. After graduating from high school in 1960, Eugenio Borisovich began working at the Laboratory of high-speed cars (LSA) of the KhNAHU (then HADI), while studying at the automotive department of the evening faculty of the institute, specializing in 7.090258 "Automobiles and the automotive industry." awarded the VDNKh medal. After graduating from the institute in 1966, he worked as an engineer in the VAT department of automobiles, in 1973 he defended his Ph.D. thesis, from 1974 to 1979. He worked as an assistant professor of the department "Cars", from 1979 to 1993. - Head of the Department of Organization of Transportation and Road Traffic, from 1993 to 1996 - Dean of the Faculty of Management and Business, from 1996 to 2003. - Deputy Dean of the Faculty of Distance Learning, from 2003 to 2005. - Head of the Department of Transport Systems, from 2005 to 2011. - Professor of the Department of Transport Systems, from 2011 to 2019. worked as a professor at the Department of Organization and Road Safety. The general work experience of Evgeny Borisovich in KNADU is 59 years. During his career, he published more than 45 methodological works, including two textbooks, 52 scientific works with a total volume of more than 35 prints. L., has 5 copyright certificates for inventions. Under his leadership, 3 dissertations were prepared and defended for the degree of Candidate of Science. tech. sciences. He actively introduces scientific developments into production. Working as the head of the Department of Transportation and Traffic Management since its inception, he was able to organize the graduation of specialists of a new profile in the shortest possible time, create a good methodological base for their training, ensure the introduction of progressive forms and methods of teaching in the educational process - computerization of training, performance of laboratory works at enterprises, etc. Established scientific relations with leading scientific institutions of Ukraine (GosavtotransNIIproekt, Kharkov Institute of Forensic Expertise, etc.), transport companies in Kharkov and other cities of Ukraine. During the period of his work as deputy dean of the FZO he did a lot to improve the methods of correspondence forms of education. He was one of the organizers of regional educational institutions of KNADU in Kherson, Simferopol, Krivoy Rog, Poltava, Nikopol, Kupyansk.